An aerial view of the airfield in 1941

The site was first used as an aerodrome in the late 1930’s.  From the mid-sixties, the airfield was best known as the home of CSE Aviation and the Oxford Air Training School (then Oxford Aviation Academy and latterly CAE), one of the world’s most successful professional pilot training establishments having trained well over 30,000 airline pilots for more than 90 airlines over the last 50 years.   Today the largest professional pilot training operation is Leading Edge Aviation, established in 2018.

Although originally conceived as Oxford’s ‘Municipal Airport’, with the onset of the war, the airport turned to training thousands of RAF pilots.    In the mid-forties there were a greater number of hangars and buildings than can be seen today with 15 acres of the original land having been sold off in the 1990s allowing the establishment of the Spires Business Park off Langford Lane (home of Elsevier and the Thames Valley Police HQ).  Today the airport owns some 600 acres freehold with over 500,000 sq.ft. of buildings.

Oxford Airport is owned and operated by Oxford Aviation Services Limited (OASL). Since July 2007, OASL has been owned by Oxford Airport Acquisitions Limited, a subsidiary of Oxford Airport Holdings Ltd which ultimately is owned by Omaha Business Holdings Corp.    Ultimately the airport is part of the Reuben Brothers group of businesses.   In 2012 the group also acquired the London Heliport. The parent company has a varied portfolio of interests in property and several other diverse businesses.

The beginnings of the current airport (OXF / EGTK) 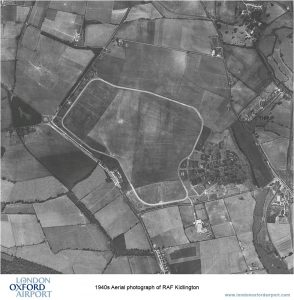 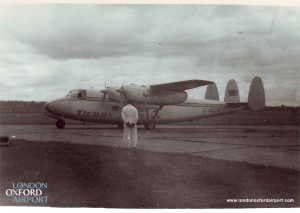 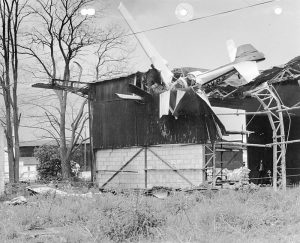